I have migrated my first medium/complex flow to action on google and here are my observations regarding the generated app and things that are not working:

The combination of the above 2 elements, causes the app in AoG not structured and it’s however important in case you want to continue the app here and not in voiceflow in order to implement functionalities that doesn’t exist in voiceflow (especially google signin to recognise users) 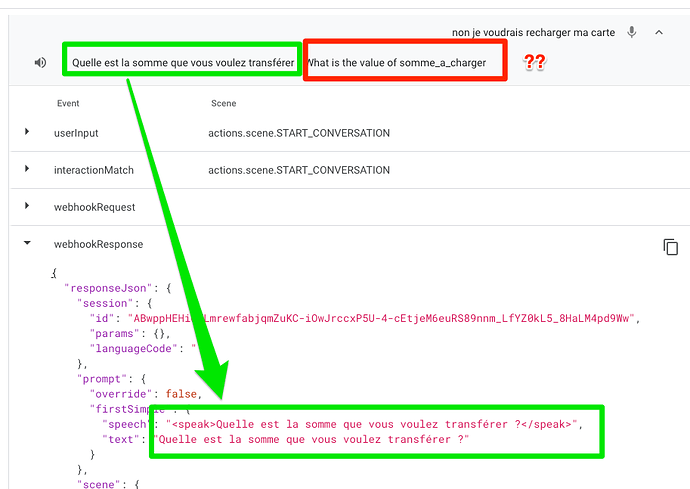 I’ve tried making a Google Action as well and it fails pretty miserably.
The simulators differ a lot. Voiceflow’s works too well, as the Google one in the Actions Console simply fails most of the time.

Except for the two issues and the fact that the AoG project’s structure is a mess, the program is functional.
Should I utilize the app to construct the prototype (and voiceflow is more than capable in this regard) and then start from scratch when it comes to real development?
To be honest, I’m not sure how the “scenes” could be created from the flow because it’s not based on a set of rules but rather on a more human way of thinking.
Anyway, I posted this message to share my experience in order to let the team to make improvements in this area which I am confident they will

Hummm…I had the same issue until yesterday and suddenly this morning the connection between the flows works fine. I posted something addressed to the voiceflow team on Twitter yesterday. Did they put a fix in place? At least now the whole flow works fine except text in english I have highlighted but I will try to recreate the component.