Post your bugs here! Include detailed descriptions if you can. We want to solve your problems

I am posting this based on a report by Natalino Mastropietro

For skills that are developed for a language other than English, there is currently a problem during the certification stage because of the untranslated English words. The problem arises especially with the “Content” slot, which only contains English words. Also, if users are not careful, in the publication tab under Voiceflow, the pre-filled fields also contain English words only (such as invocations examples). As a result, these users often end up with this kind of feedback from certification teams:

This one is from @Mark

when I go through the copy skill process, and change the invocation name in the publish page for the newly copied skill, and then upload to Alexa, the “UPDATE SKILL” message box still displays the original invocation name: 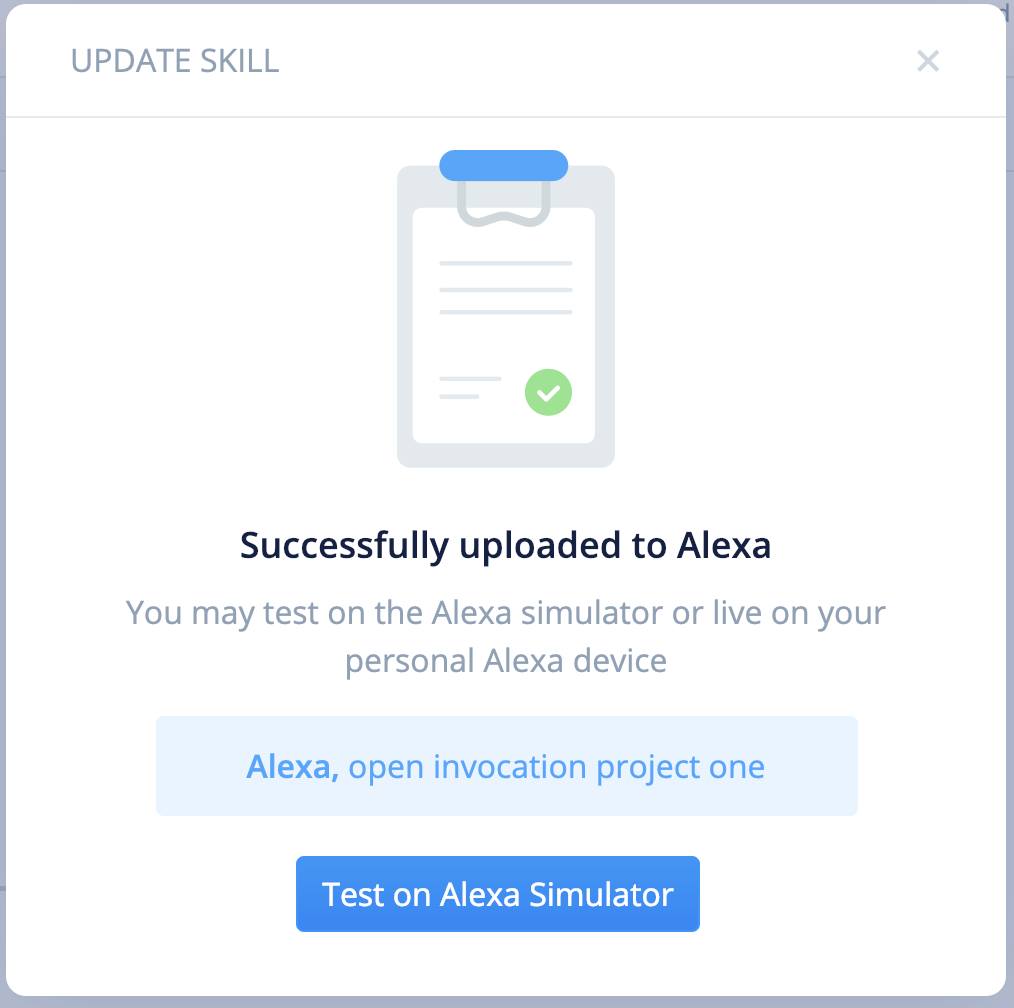 Form @Bill
When copying a skill, visual templates are not copied to the new one. 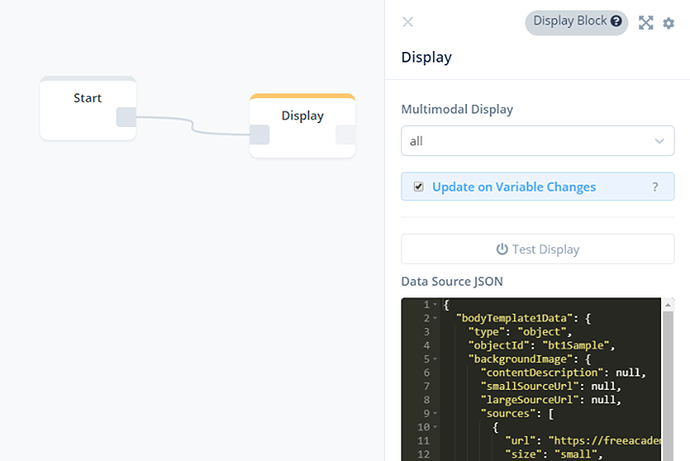 In the API block, the “Test Endpoint” feature is not working for Airtable, due to not recognizing the API security Key.

In this test, I am doing a POST. The record is posting correctly in Airtable, and debug mode also works.
However when I try “Test Endpoint” while configuring the API block, this error is received: 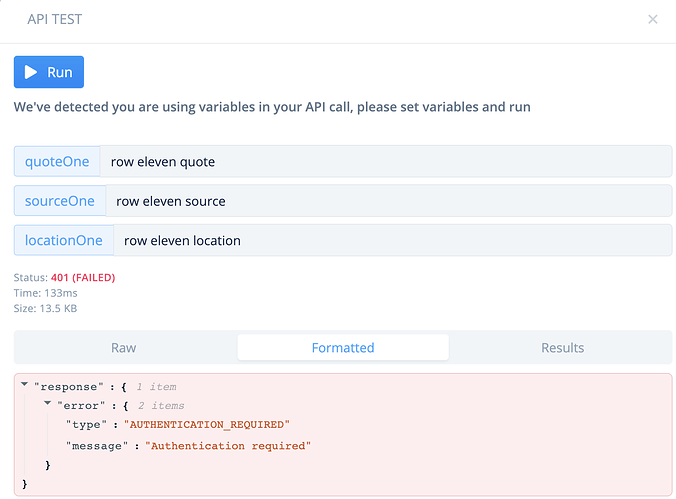 Skills conflicting with each other in ADC and on devices, i have a skill that i am struggling with, so i made a copy of it so that i could send the copy off and get it certified whilst i try to fix the original one. Here’s an example, If i ask, is it raining, i should get either a yes or a no from the api, i can get it to think its raining but every time i ask i get a “no” answer every time, if i delete the original skill, the copy works fine and returns a “Yes” when it should and a “no” when it should.

Another one would be the api returns a 404 error too, but when i go to the url its working just fine and it also works fine in the ADC , when theres no conflict that is.

Skills conflicting with each other in ADC and on devices

Did you rename the invocation name of the copied skill? Because you need to

Another one would be the api returns a 404 error

Did your try this in the API block with the Test Endpoint thing? Because if so, the team is working on a patch for that.

This bug has been resolved and the fix is currently live. Ping me on intercom if the issue persists

Hi Gallagan, re renaming, yse, one was 2 very distinct names, i learnt from that school boy error weeks ago

Yes, i was trying with the api, interestingly it was only one block out of about 13, and was ok, a short while before BUT, i realise now that it may have been a recent bug? would explain it as i have just deleted that 1 api block and re’added it again.

Im going to add this one here even though its been made aware of in chat, of which its copied here…

The issue is, in my skill, if you say Stop at anytime, you cannot start the skill with an intent (just hold on to that thought). Lets say i have deleted it from ADC and just uploaded again,i say, Alexa, ask breckland weather whats the temperature, now that works ok with any intent and i can keep asking and it keeps working, You can exit the skill by saying no (one of the questions) or exit or never mind etc but as soon as i say “stop” to end the skill and then try to start the skill again with an intent, it does not work and will not until left for quite some time (its 1 hour, i timed it), or if i delete and reupload, what it does is, when i start the skill with an intent after a Stop command, it skips the intent and goes straight to the next Speak block and then its a choice block to to carry on or not.

This was my second obversations text to chat, modified a little to clean it up lol

I timed it today, it stops working for 1 hour, after which I can then ask using the intent again, also when it does work, after it says the intent variable, it then says, “Would you like to ask again?” if you say No, the skill stops and you can ask again with the intent and it works fine, weird eh? Let’s make it a bit weirder then, when you say Stop, you can’t ask again for the next hour, ok, we’ve figured that part out now, BUT, when saying Stop and it fails when using the intent and it skips the intent and goes straight to, “Would you like to ask again?” If you say no, its like it resets and you can ask with the intent straight away, that works fine, how’s that for weirdlessness

Me - “Alexa, ask breckland weather whats the temp?”
Alexa - “Would you like to ask again?” (notice that the intent didnt work)
Me - “no”
Skill ends. then….
Me - “Alexa, ask breckland whats the temp?”
Alexa - “At 07:16 the temperature is 2.0 degrees celsius and it feels cold. Its been Steady for the past hour. Todays maximum temperature so far is 4.2 degrees Celcius. Would you like to ask again?”

With regards to the last one, there is no need for the 1 hour wait because I cancelled it with the answer “No” therefore i was able to start the skill with an intent again

I hope it makes sense

PS, i forgot to add, if you use the stop command, the intent does not work the next to but you can you the skill with out intents BUT, the other thing is, none of backgrounds work either during this 1 hour period, as soon as i reset it or wait for the hour or delete and reupp it, backgrounds work just fine.

Sorry, one has found another bug for you, i have created a video so you can see what happens, basically i get blank canvas when i go to preview the skill, select a start point and then turn on Debug, then it goes blank… not sure if this will work lol here’s the video, hopefully

Turns out it happens just by turning on the debugger, no need to do anything else 1st

1 more, i turned on reprompt on a choice block added the wording, uploaded it and i got, There is a problem with the requested skill…

All stream blocks are greyed out in google. But google does implement a media player for audio files.