Is there any problem in the Code Block in the last few days.
Even simple Javascript code is not working.
All variables in my skill are returning “0” values

Finally I tried with a simple Javascript code: 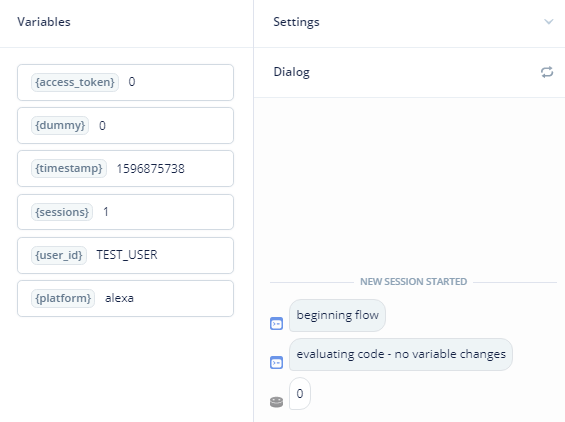 remove “var” and also you need to create a variable “dummy” as a voiceflow variable.

Removed the “var” from the script code and it works.

remove “var” and also you need to create a variable “dummy” as a voiceflow variable.

And why did you do that?
Few weeks ago my skill worked like a charm and now I should rework my code.

I’m not sure if this has been changed or not, but as my understanding until now: