I’ve got a problem that I’ve determined is from the integration block that is connected with Google Sheets. I submitted my skill for review yesterday and it made it past the preliminary checks. But it came back today that it was not accepted due to an error saying “There was a problem with the requested skill’s response.” I thought this was a little odd considering that yesterday everything worked perfectly both in the Voiceflow prototype and the Alexa Developer Console. However, today, when I went into Voiceflow and uploaded to the Alexa Developer Console to test, I found that my skill won’t even run at all. The first thing and only thing that the Alexa Developer Console test says after I input my invocation phrase is “There was a problem with the requested skill’s response.” After a lot of trial and error and debugging, I determined that it was due to the integration block that I have that connects to Google Sheets. I double checked that the Get URL was correct, and it is. Is there anything in particular that could be causing this? 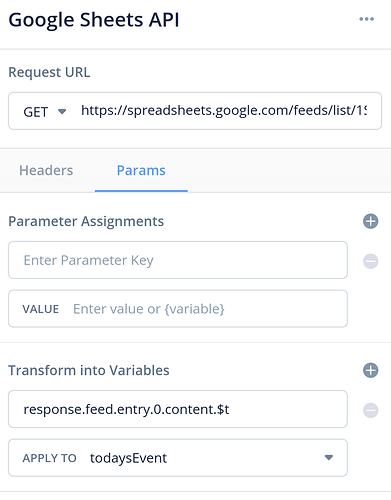