In one of my skills named “Infotest”, I am capturing a variable called Name.
This variable when used inside a speak block from the other intents, it seems like the value is being reset to 0. This happens only in the Google test console and it works just fine in voice flow test console and Alexa test console.

do you have any idea why is this happening?

Also, in the docs, I see creating the variables with Global and local options but it seems I don’t have that feature and all I have is project-wide variable. Am I missing something here or docs are not updated with respect to variables.

hello @praveena_kd I don’t think this is a bug

, that’s why I don’t think it should be categorized as a bug

I guess the second part is addressed now, as you mentioned about the price plans.

for the 1st one, it works in my end. My flow is like this: 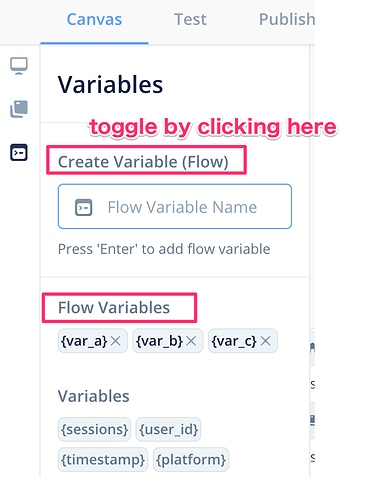 I’m not sure that I fully understand your issue, but can I ask - are you using an Interaction ot Intent block to capture the name, and if so, are you using one of the built in slot types or a Custom one ?

I had this problem with my apple earpod. When I connected with a mic, it seems to work better. Check your windows security, Chrome settings, and if red circle shows above, it should be the settings on which mic/sound is set up.