Start over intent not working in audio 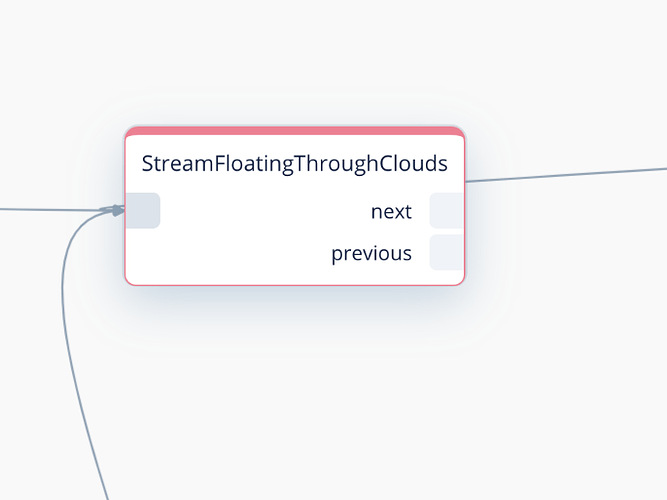 I have an audio block, but when I’m listening to the Audio and say the “Start Over” alexa says “Hm I don’t know that one.” Shouldn’t this intent be built in? I’m not sure why there’s an error.

I tried creating a Start Over Intent specifically, but Alexa still says hm i don’t know that. 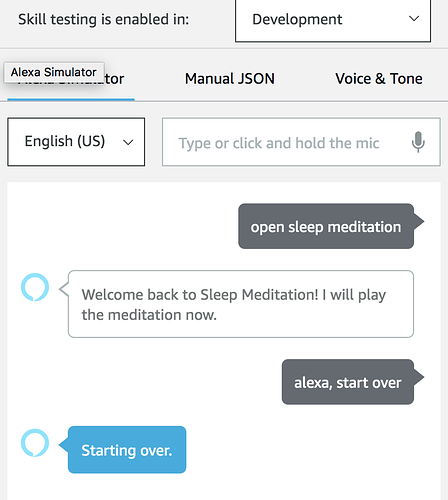 it works in ADC but not on my Echo device.

First, audio player skill using stream block does not support testing on ADC. You should test on Echo devices.

Also, you don’t need to create Start Over Intent for audio player skill. 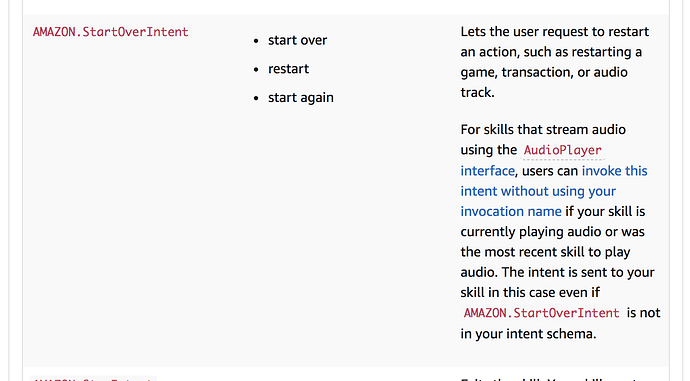 Using stream block, it will become Audio player skill and its user experience will be different from custom skill using Audio tag, which use audio files in speak block.

SSML isn't just for speechcons or sound effects, this versatile option can be used to play audio clips up to 90 seconds long.

The Start Over Intent isn’t working though, and I’m not sure why. I didn’t want to recreate it because Amazon has a built in intent, but it wasn’t working…

After Audio player skill starts to play music, the skill session ends once and playing audio is made by Echo’s bullt-in player. So, even if you use built-in intent, you need to say “Alexa, start over”.