Transform into Variables in Integration block

Hi. Is there someone that can help me with an Integration block?. I set a post json and Im able to connect to a Sharepoint list (via Microsoft Flow) I receive the data back and I try to use “Transform into Variables”.
The test works fine from the Integration Block and I can see on the result that it is able to Store the data to the variables. The trouble is that if I try to “Speak” those variables they goes out as “0”. (Zero). Any idea?

In my experience, when I get a 0 for a variable output that wasn’t expected as such, it came down to a couple things. Either there is a mistake in the Transform to variables, but as you say though you see the correct result in the variable. Though if it has more than one child ex jsondata.[0].myTitle, jsondata.[1].myTitle, etc. So at one point I was calling a missing child when setting the variable and got the NULL (0) value. The other thing I ran into was the scope of the variable I was calling was to a flow, but I was trying to call the variable outside that flow. Also, check the case and spelling of the variable. I normally do camelCase, but there are time I did not when entering into the voiceflow variable area, so the var was camelcase, but in the speak block I was calling camelCase . Hopefully that helps. If not and you figure it out, I would be interested in finding out what it was so i can add to my variable mishaps list lol

Hi Razervocals. Thanks for your answer. I will check

Didnt matter. I recreate the project from scratch and everything work now… Thanks 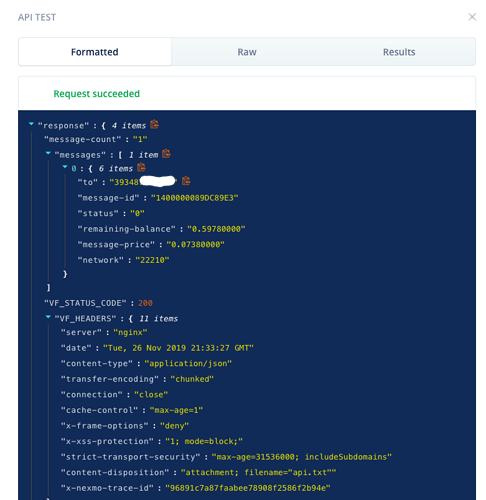 Mant thans Beppe. As I wrote above It was a strange problem. The pointing was good. I had just recreate the Voice Flow project from the scratch and everything works fine.

In any case thanks for your aid.