How can i avoid voiceflow to recognize non trained utterances? I am trying to test the “no match” but no matter what i write even if it has nothing in common with the trained utterances, somehow it matches with one of my intents.

I cannot put the link but, all my utterances are in the financial world: money, atm, cash, and so… but even if i write “puppys” or “chocolate” it jumps to an intent! and gives me a 75% accuracy! :S

Have you tried to troubleshoot this by going to your (skill’s) Alexa Developer Console > Interaction Model > Utterance Conflicts? (assuming this is for an Alexa skill, but other platforms may have something similar) 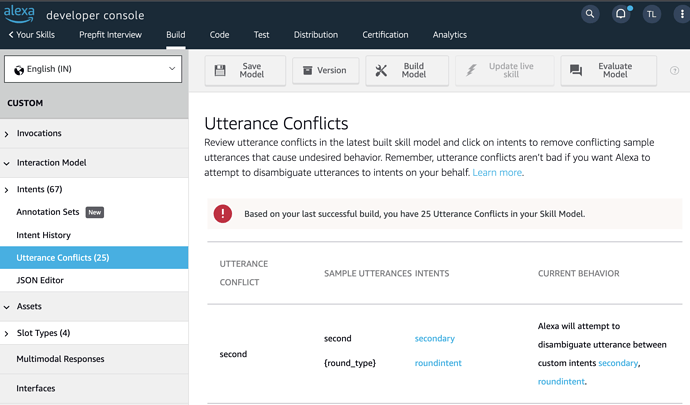