I’ve got a flow (diagram below), where I’ve got a Capture + POST block, which feeds into a flow which can lead back into the same block. However, the second time the user hits the Capture block, the GA tester errors out after I finish the capture and no POST request is sent to my server.

My voice app use case is:

A user can talk to the assistant and give a speech in 2nd language. If they need a word translated, they end their utterance with “translate”, and the assistant will give them the word and then continue listening to the rest of their speech.

They should be able to do this multiple times, however it’s currently only working one time.

In the diagram below, it’s erroring out at step 10.

I just tested simply in my end and it works. 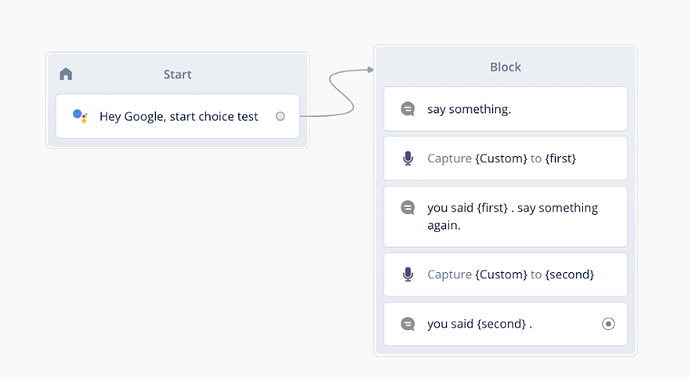 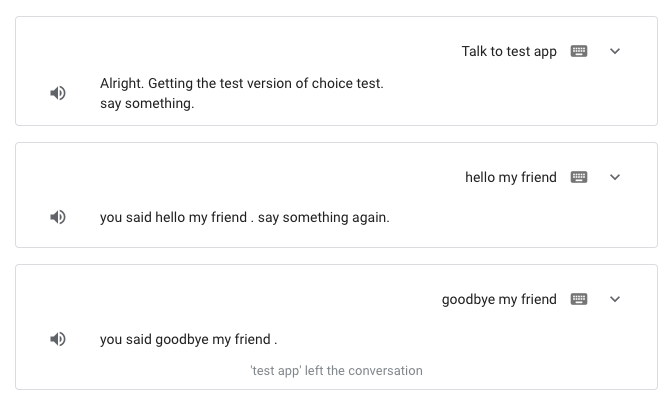 In the diagram below, it’s erroring out at step 10.

I’m not sure what kind of errors happen but you should check if capture block captures correctly and put it into a variable before sending API.

Thanks for your help!

However, that example doesn’t exactly fit my use case. I need to be able to use that capture block an arbitrary amount of times in a single session.

Maybe I’ll try if I can create an incrementing variable that it can write to each time… but I’m not sure if that’s possible.

Because the same capture block is trying to put the captured content into the same {translate_word} variable, do you think that’s why it’s erroring out the second time? Because that variable already has been used?

Thanks! I’ll update this thread with the results of my experiment. 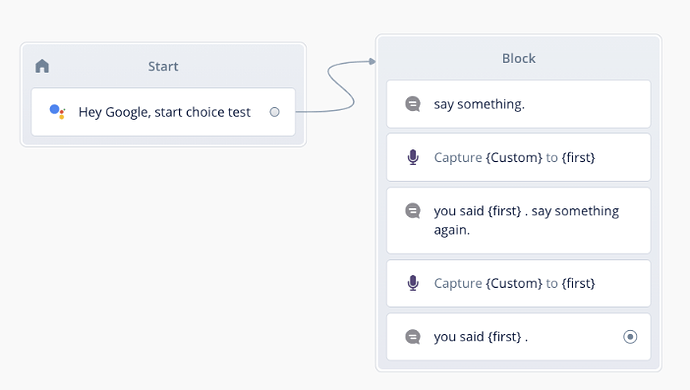 Thanks for your help so far!

I came back to this recently and I’m getting the same error - but I’ve narrowed it down a little bit. The specific error I’ve been getting this whole time is the assistant leaving the conversation the second time it comes around to that block: 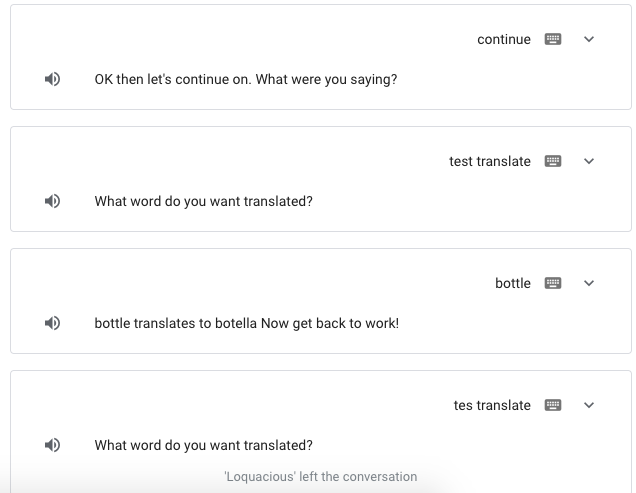 It does it before I can make an utterance for the capture block.