I am trying to update Spreadsheet using Voiceflow-Zapier.
The integration works fine, but Zapier is picking up only hard coded values from the Google sheet. Example Country=Albania.

How do I use {country} as a variable in the Zap. Example in Voiceflow we use curly brackets {country} for variables. 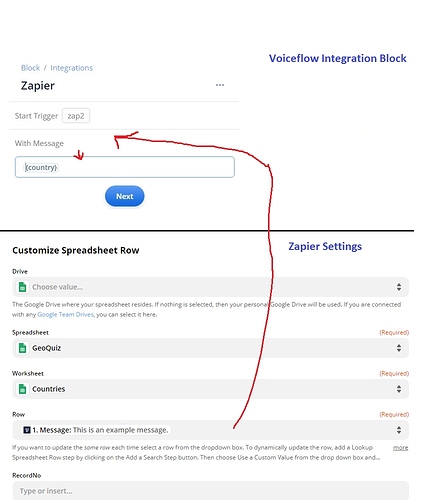 Did you manage to figure this out? I have a similar thing except none of the variables (e.g. Country like you have in the screenshot) are feeding through to Zapier even though I’m entering examples for the fields before running the integration.